It's one of America's premiere viewing spectacles, right their alongside the Indy 500, the Kentucky Derby and the Hope College Pull. But this attraction features wildlife: the Bats of Austin.

The Congress Avenue bridge across Lady Bird Lake in downtown Austin is home to the largest urban bat colony in North America -- an estimated 1.5 million Mexican free-tail bats that have resided in Austin since the city’s founding in 1839. (There is also a large bat colony under the IH 35 bridge east of Hancock Center.)

Just after sunset, starting in March and continuing through early fall, the bats take flight consuming anywhere from 10,000 to 30,000 pounds of insects, including mosquitoes and agricultural pests, such as moths that eat crops and the corn earworm that attacks corn, cotton and tobacco. In the morning, the bats return to the bridge about 30 minutes before sunrise, though they return individually and there is not the same spectacle as when they emerge.

When the Congress Avenue Bridge was expanded in 1982, it was built with concrete box beams, many separated by narrow crevices which were, unintentionally, an ideal home for the bats.

This design is also available on a tee shirt. See The Bats of Austin in this store.

A portion of the proceeds from each sale is being donated to the Austin Bat Refuge.

A great mug that makes a great gift for friends, family, or even yourself. 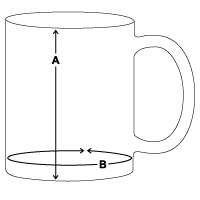